TO ALL VICTIMS AND SURVIVORS OF ABUSE IN STATE RUN INSTITUTIONS, TRAINING SCHOOL AND ‘CARE’ HOMES and HOSTELS

Today, Kevin Winters, of KRW LAW LLP invites all victims and survivors of institutional abuse suffered in state run institutions including Training Schools and Care Homes to attend an important at our offices in Belfast (9 -15 Queen Street) tomorrow (7thMarch 2019) at 12:00pm.   Marty Adams of Survivors Together said:   “I would encourage […]

We welcome today’s announcement by the DOJ to adequately resource an independent Legacy Inquest Unit to discharge the Government’s international legal obligations in respect of legacy inquests.   Today’s announcement is long overdue and is a response to repeated judicial pronouncements by both local and international courts, which have condemned the British Government for its […]

KRW LAW LLP represents Mufassil Islam.   Mr Islam is an internationally recognised former Muslim political activist who is an apostate and who has campaigned through both mainstream and online media to challenge extremist ideology.   Following the repeated failure of Facebook to remove abusive and threatening content directed against him and his family, our […] 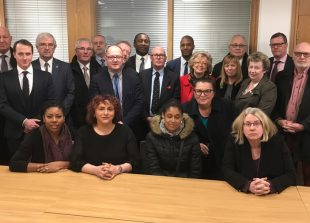 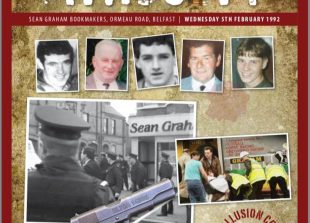 Record failure   Lawyers for the relatives of the victims of the Birmingham pub bombing victims are to challenge “frankly incredulous claims” that no one – no police force, no government department, not MI5, MI6 or military intelligence, nor even the Cabinet Office – hold any relevant material relating to the 1974 IRA atrocity.   […]

THE GUILDFORD PUB BOMBINGS 1974: DECISION TO RESUME THE INQUEST

KRW LAW LLP represents high profile Irish businessman Ted Cunningham   This morning at the High Court in Dublin, Ted Cunningham challenges the Garda Commissioner, Head of CAB, DPP and the Danske Bank in a Judicial Review into what Mr Cunningham has described as around the core question of ‘Where is the money that was […]

KRW LAW LLP represent ten of the families of victims of the Birmingham Pub Bombings 1974 in the resumed inquests into the deaths of their loved ones.   These inquests are due to commence on 25th February 2019. To date there have been a number of pre-inquest review hearings in Birmingham before the Coroner, Sir […]

THE GUILDFORD PUB BOMBINGS 1974: HEARING TO RESUME THE INQUEST

KRW LAW LLP represent the family of Ann Hamilton, one of the victims of The Guildford Pub Bombings 1974. KRW also represent Yvonne Tagg, a survivor of the bombing   Earlier this year the Senior Coroner for Surrey, Mr Richard Travers, directed that he would receive written submissions and hear oral argument on whether he […]