The British government considered SAS assistance for the Indian military just weeks after the 1984 Amritsar massacre, a fact omitted from an official review ordered by former Prime Minister David Cameron in 2014, fresh evidence obtained by the Sikh Federation (UK) reveals.   KRW LAW LLP, on behalf of the Federation, has now written to […]

In a landmark decision today, the Divisional Court in London has upheld a judicial review brought by Gina Miller, Dier Dos Santos, the People’s Challenge and others and ruled that the Government cannot use the Royal Prerogative to leave the EU by triggering Article 50.  Fergal McFerran, the elected president of NUS-USI participated in what […]

Statement on behalf of Patrick Jackson

We act on behalf of Patrick Jackson.  He rejects completely any allegations made against him Patrick has co-operated fully with police in their inquiries and we have been liaising with police on his behalf.   We are both disappointed and indeed concerned that this information has been leaked to the press before the investigation has concluded […]

KRW LAW LLP is instructed by eight of the families of the victims of the Birmingham Pub Bombings 1974 in the resumed inquests into the deaths of their loved ones.   This week we congratulate J4the21, the campaign group which includes our clients, on winning the Liberty Human Rights ‘Long Walk’ Award. We attended the […]

A victim of a highly controversial police spying unit operating in the North of Ireland has filed legal action to overturn Theresa May’s decision to exclude Northern Ireland from the public inquiry into undercover policing.  The spy unit has sparked controversy across Europe.    Justice Minister Claire Sugden MLA told Theresa May (in her previous […] 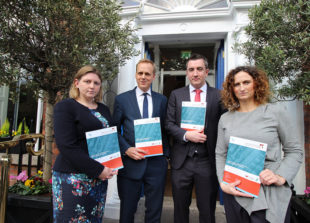 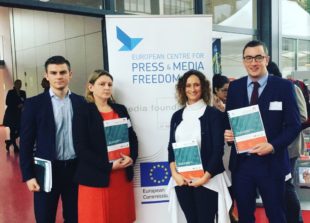 REPORT ON THE CONCENTRATION OF MEDIA OWNERSHIP IN IRELAND

BREXIT, ARTICLE 50 AND A PEOPLE’S CHALLENGE TO GOVERNMENT

As many of us in the North of Ireland are aware the result of the Brexit Referendum earlier this year has led to constitutional uncertainty about the future of our current political arrangements. For example, there is the issue of the cross-border relationship with the Republic of Ireland. Further, there is the matter of the […]

Later this week judicial review proceedings are to commence in London against Theresa May’s Government in relation to the controversial use of the Royal Prerogative in relation to the invoking of Article 50. In what has been described as one of the most important constitutional cases of our time, it will decide whether it is for […]

Report on the concentration of media ownership in Ireland launch