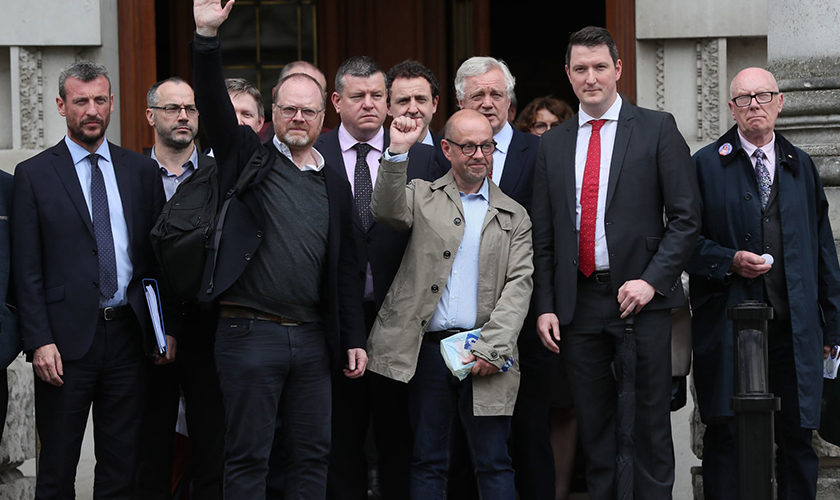 “We are delighted for our clients Fine Point Films and Trevor Birney and their esteemed colleague Barry McCaffrey, who have received the news tonight that the investigation that led to their arrest is to be discontinued. We are obliged to the court for their urgent attention to the issues engaged in this case.

We consider that this case demonstrates a clear and unambiguous pronouncement that freedom of speech and the importance of investigative journalism is to be respected and cherished in our society.

Both Mr Birney and Mr McCaffrey will be released unconditionally and immediately discharged from their bail conditions.

We will advise our clients as to their rights in terms of civil remedies in due course for wrongful arrest and unlawful detention. We have been instructed to make a complaint to the Police Ombudsman in respect of the ‘warped’ investigation which led to the arrests.

Our practice has had the privilege to represent the families of those bereaved and injured as a result of the Loughinisland atrocity since 2005 and whereas the event of these arrests has been a painful setback, we consider that this moment provides for a period of reflection for the police, to step back, reassess the evidence, recalibrate their investigative priorities and pursue the evidence which will result in prosecutions in respect of this despicable crime. Journalism is not a crime.”