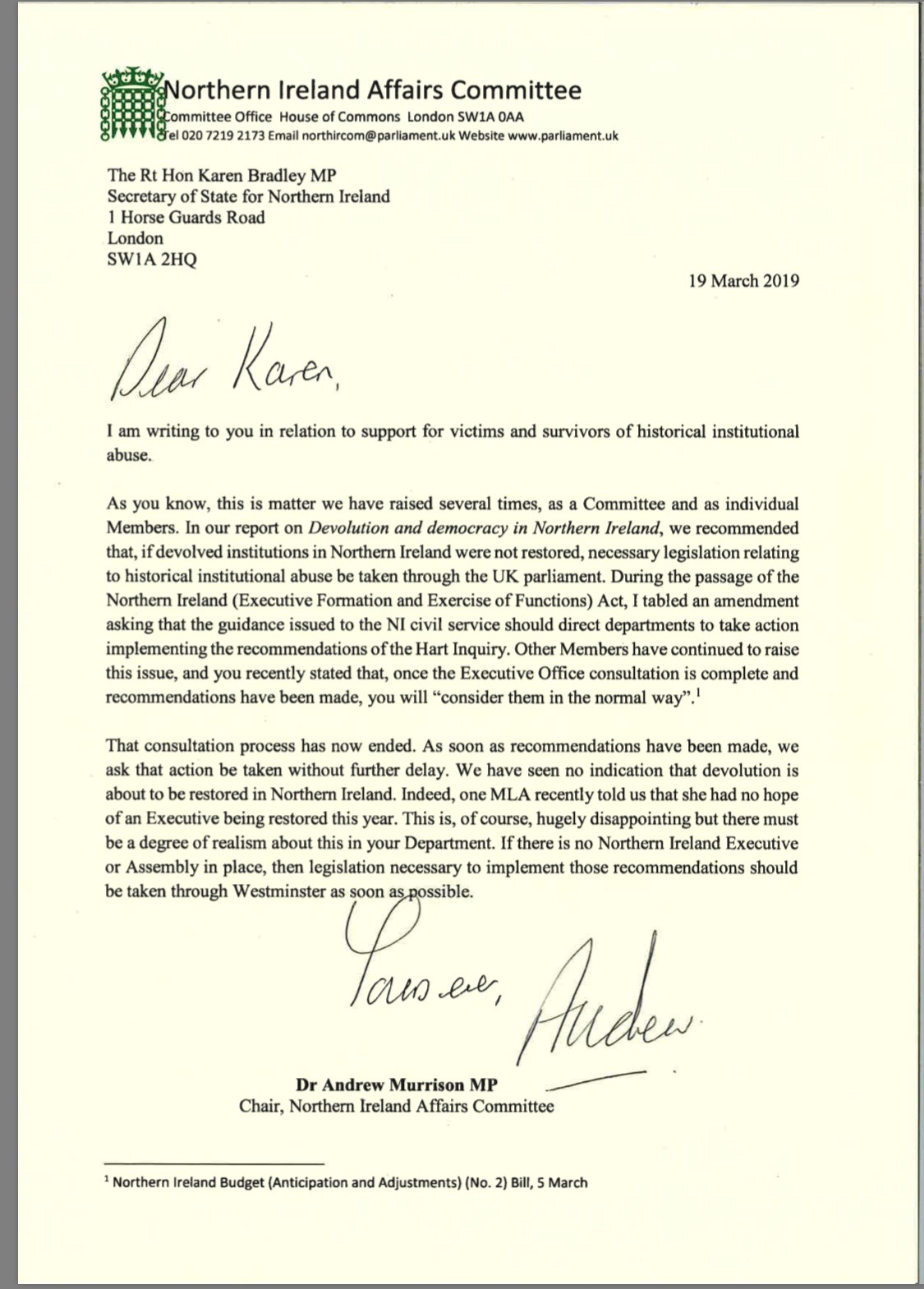 KRW LAW LLP welcomes the intervention of the Westminster Northern Ireland Affairs Committee (NIAC) in its urging of the Secretary of State for Northern Ireland to bring forward legislation to implement the Recommendations of the Historical Institutional Abuse Inquiry (HIA). The HIA Recommendations have been the subject of Consultation, which has now concluded. Draft legislation has been published.

In the absence of a functioning administration at Stormont, the Chair of NIAC, Dr Andrew Murrison MP in a letter to Karen Bradley MP, the Secretary of State for Northern Ireland, suggests that legislation necessary to implement the HIA Recommendation should be taken through Westminster in line with an amendment proposed by Dr Murrison to the Northern Ireland (Executive Formation and Exercise of Functions) Act 2018.

“We welcome this initiative from NIAC. The Executive Consultation has concluded. There is legislation already drafted. There is no foreseeable end to the intransigence which prevents Stormont from operating by way of political consensus and therefore, on behalf of the victims of institutional abuse in Northern Ireland, whether by the church or the state, a redress scheme must be bought forward as soon as possible. This has been achieved in Scotland and if it needs to be done from Westminster then such action must be taken by the Secretary of State to meet the demands of victims.”