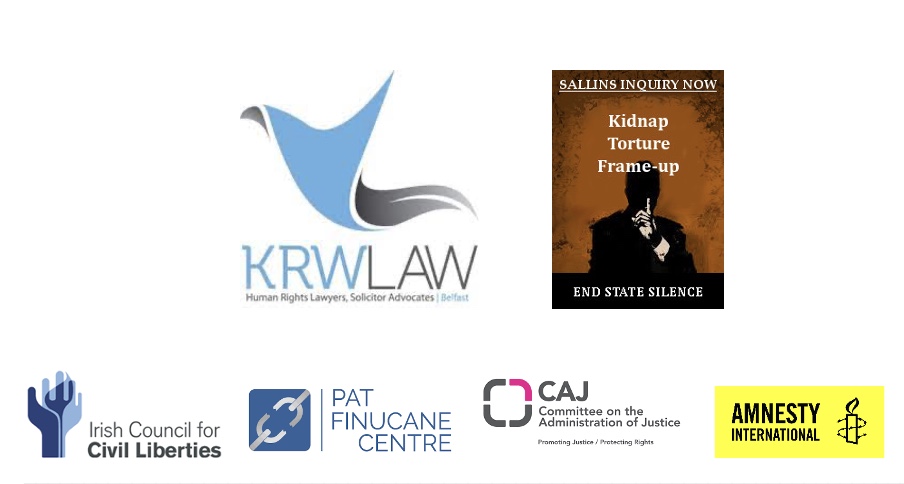 The United Nations is reviewing

1. a petition for an investigation into the ongoing cruel inhuman and degrading treatment and punishment being inflicted on Irish citizens by the Irish Government in the Sallins Case.

2. a petition asking the UN to commence an independent public inquiry into the Sallins Case, in view of the Irish State’s 45-year refusal to do so.

The Petition to the United Nations Committee Against Torture (UNCAT) requests the UN to establish an investigation into the Irish State’s detention, interrogation, torture, and prosecution, subsequent to the 1976 Sallins Train Robbery, of Osgur Breatnach, Brian McNally, Nicky Kelly, John Fitzpatrick, and Michael Barrett (the Sallins Men) and the State’s treatment of the Sallins Men since 1976, which equates to cruel, inhuman, degrading treatment and punishment. Government’s obligations (under the UN Convention Against Torture) obligates them to end this ill-treatment by holding an independent public inquiry.

“Osgur Breatnach, Brian McNally, Nicky Kelly, John Fitzpatrick, and Michael Barrett, are now elderly and vulnerable. Their lives have been irrevocably changed by what happened to them following their wrongful arrests and prosecutions for the Sallins Train Robbery 1976. They have endured ongoing inhuman and degrading treatment arising from their detention and torture and imprisonment and vilification of their characters. The have suffered and continue to suffer both psychological and physiological damage. The Irish state has systematically failed to address their treatment and the failure of the systems which enabled this treatment to occur. Financial compensation does not equate to truth, justice, and accountability which Osgur Breatnach, Brian McNally, Nicky Kelly, John Fitzpatrick, and Michael Barret demand on their behalf and on behalf of wider Irish society.”

“ICCL has supported calls for a public inquiry into the Sallins Case over the past 40 years. We have always been clear that until we get to the bottom of the appalling human rights violations suffered by these men, those violations continue. Justice cannot be served until there is accountability for the mistreatment, harassment, and miscarriages of justice that these men and their families have suffered.

The issues at stake in the Sallins case remain so serious that they are also of wider relevance to contemporary questions of Garda reform. As the Government now brings forward historic proposals to implement the Commission on the Future of Policing in Ireland, ICCL believes it is more important than ever that we have full closure on the most serious abuses of police power from the past before we can build public confidence in the future of the Garda.”

“Since 1990, Amnesty has called for an independent inquiry into what these men experienced in garda custody, and during their trial. Their credible claims of serious ill-treatment at the hands of gardaí were never properly and impartially investigated. Ireland took the UK to the European Court of Human Rights in 1978 for its ill-treatment of the Hooded Men case during their interrogation. It is time for the Irish government to finally live up to its own human rights obligations of truth, justice and redress in the Sallins case.”