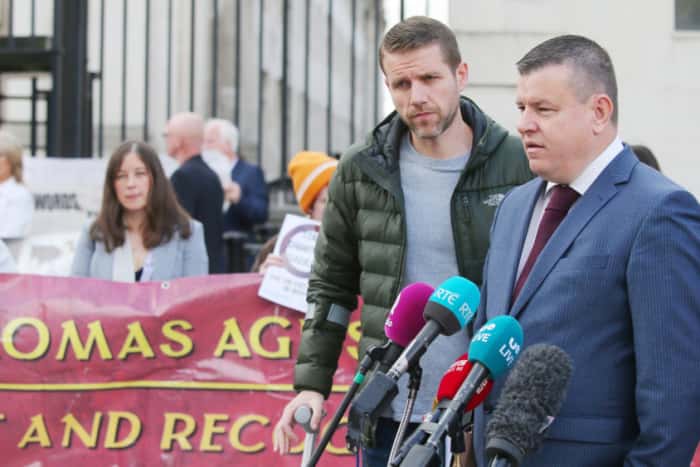 Commenting on the successful conclusion to Judicial Review proceedings brought against Antrim and Newtownabbey Borough Council in respect of their unlawful policy which banned the Irish language from Street signs, Niall Murphy said :

“The application taken by our client has vindicated her deeply held concern that the policy adopted by Antrim and Newtownabbey Borough Council was unlawful.  In the proceedings which we lodged, we  alleged that the Council had breached the Local Government Order 1995 and were further in breach of the Good Friday Agreement and the St Andrew’s Agreement.

We submitted that the Council had acted in a discriminatory manner on the grounds of religion, political opinion and cultural identity, as the decision disproportionately impacted members of the Catholic, Nationalist or Republican community, and that the Council had failed in its duty to pay due regard to equality in formulating this policy.

We further argued that the Council had acted in a manner likely to breach the UK’s sovereign obligations under article 14 of the European Charter for Regional or Minority Languages.  We further alleged that there was no proper consultation and further  that the policy was ill informed by insufficient reasons and intelligent consideration.

Our client expresses regrets that ratepayers money has been wasted on having to pay for the entirety of the costs of this High Court challenge at a time when rates in the Borough have been recently increased by 3%.”

“This was Donald Trump type policy making by the Council, rushing through a policy that was clear to the rest of us was unlawful and discriminatory and bypassing the duties in their own equality scheme in doing so. After months of the Council telling us the policy was lawful, today confirms a u turn. We need to be vigilant that what replaces the policy respects human rights standards.”