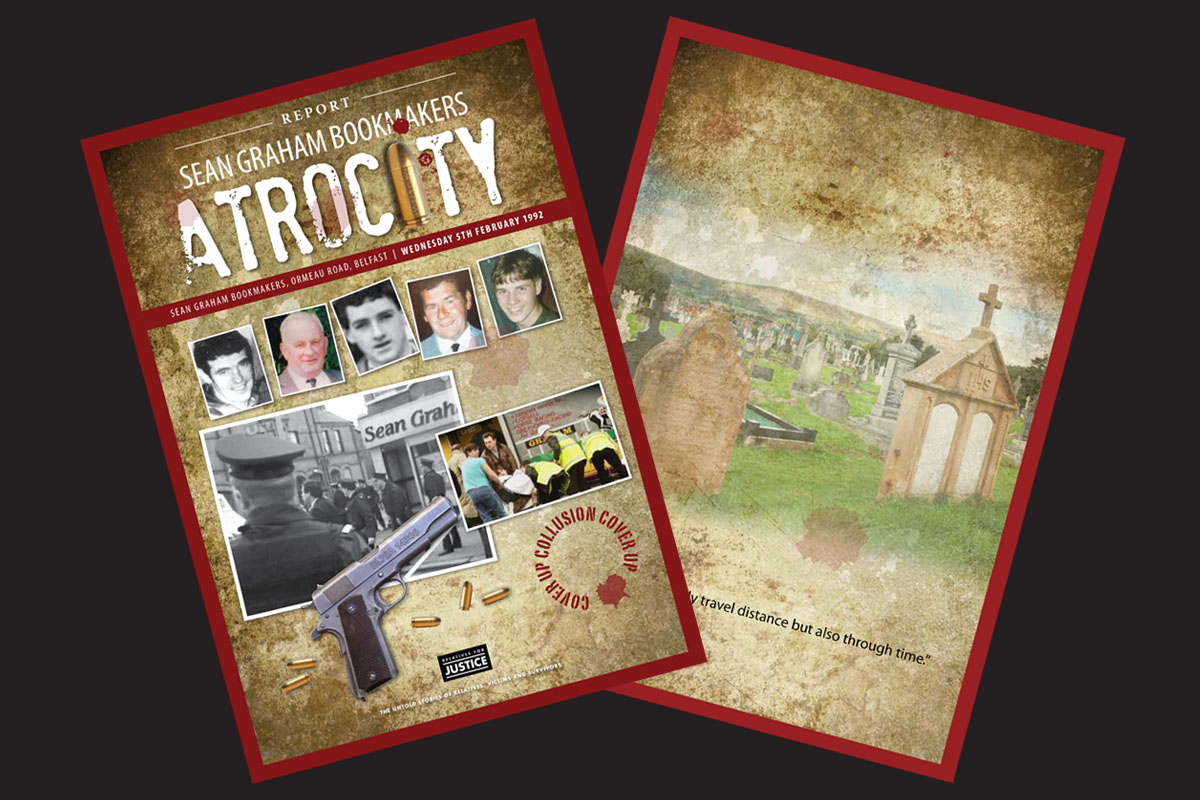 On the 5th of February 1992 during one of the worst periods of sustained violence in the conflict in the north of Ireland five people were murdered by the UDA/ UFF in Sean Graham’s Bookmakers shop on the Lower Ormeau Road in south Belfast. This year marks the 20th anniversary of these murders. It coincides with recent disclosure of damning evidence of the role of the British State in these killings. What follows is a brief synopsis of the evidence gathered from a variety of processes including the Stevens III Enquiry into collusion, The Cory Report, a letter to the bereaved and injured from the Public Prosecution Service (PPS), the PSNI’s Historic Enquiries Team (HET) and most importantly disclosures to the families’ solicitors in October 2011 of interview notes and a key forensic report.