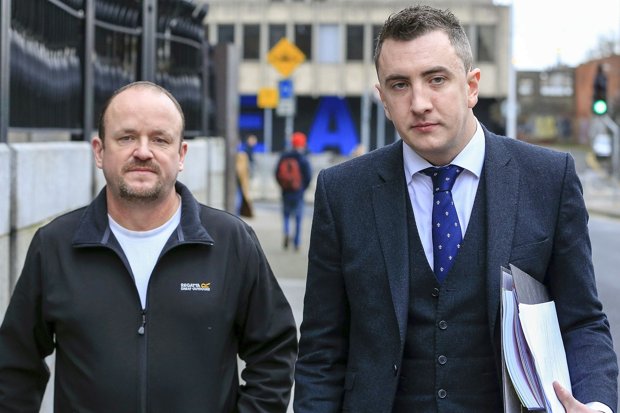 KRW LAW LLP is instructed by the family of Seamus Ludlow who was murdered in disputed circumstances near Dundalk in 1976.

The Irish and British governments have consistently failed to implement a human rights compliant investigatory mechanism to deal with the Legacy of the Conflict which includes the murder of Seamus Ludlow. Therefore, as with many other families affected by the tragic Legacy of the Conflict, the family of Seamus Ludlow have resorted to litigation for the truth, justice and accountability.

The family will begin a three day hearing in the High Court in Dublin against the failure of the Minister for Justice to implement the recommendations of the Joint Committee of the Oireachtas following two commissions of investigations into the murder of Seamus Ludlow. The family have been fighting for the truth into what happened to Seamus for 40 years and are still left without answers.

In 2006 the Barron Report confirmed that Gardaí knew who killed Seamus Ludlow in 1979 when the RUC confirmed this was carried out by Loyalist paramilitaries from the North – a number of whom were suspected of being state informers with links to RUC Special Branch. Instead of seeking those responsible, Gardaí implemented a sustained attack on the Ludlow family by claiming Seamus Ludlow was an informer, murdered by the IRA, and that some members of the family were responsible for his murder. This was all found to be untrue by The Joint Committee of the Oireachtas.

The family is, therefore, still searching for truth and are calling on the Minister for Justice and An Taoiseach Enda Kenny to provide them with independent human rights compliant investigations as a means to seek the truth, justice and accountability they have been searching for.

“…. a further inquiry is essential in order to ensure justice is both done and seen to be done. It is also necessary to address the potential damage to the rule of law that would occur if the investigation into the murder of any citizen of the State is not treated in a thorough and professional manner as is the right of every citizen.”

“The Sub-Committee recommends that a commission of investigation be established to investigate the following: (i) Whether the evidence collected at the scene of the murder of Seamus Ludlow in 1976 was available in 1979 and if not, why not?; (ii) Why were credible leads given to the Gardaí by the Northern Ireland police force not followed up?; (iii) Why were the four named suspects not interviewed?; (iv) Was there a policy in existence not to interview suspects in Northern Ireland for crimes committed in this jurisdiction?; (v) Was a decision taken not to actively pursue the investigation of the murder of Seamus Ludlow and if so, who took that decision and why?” and

The Irish government as co-guarantors of the Belfast/Good Friday Agreement 1998 have made numerous calls for truth and justice for those killed in the North during the Conflict, including the massacres at Ballymurphy and Kingsmills. The family demand the Irish government do the same for them.

“It is our case that the state cannot discharge its Article 2, European Convention on Human Rights, duties to this family and the wider public until it establishes these further Commissions of Investigations. The Joint Committee of the Oireachtas reports only answered some of the family’s questions and stated that further commissions of investigation were ‘essential’ and ‘required’ in the interests of justice to answer the remaining questions, particularly in relation to the role of Gardaí”. No family should have to use the courts to get to the truth of what happened to their loved one. This needs immediately rectified by the Government. We now call on the Government to implement these recommendations without further delay and suffering to the Ludlow family”.