No Stone Unturned Screened at US Capitol Building. 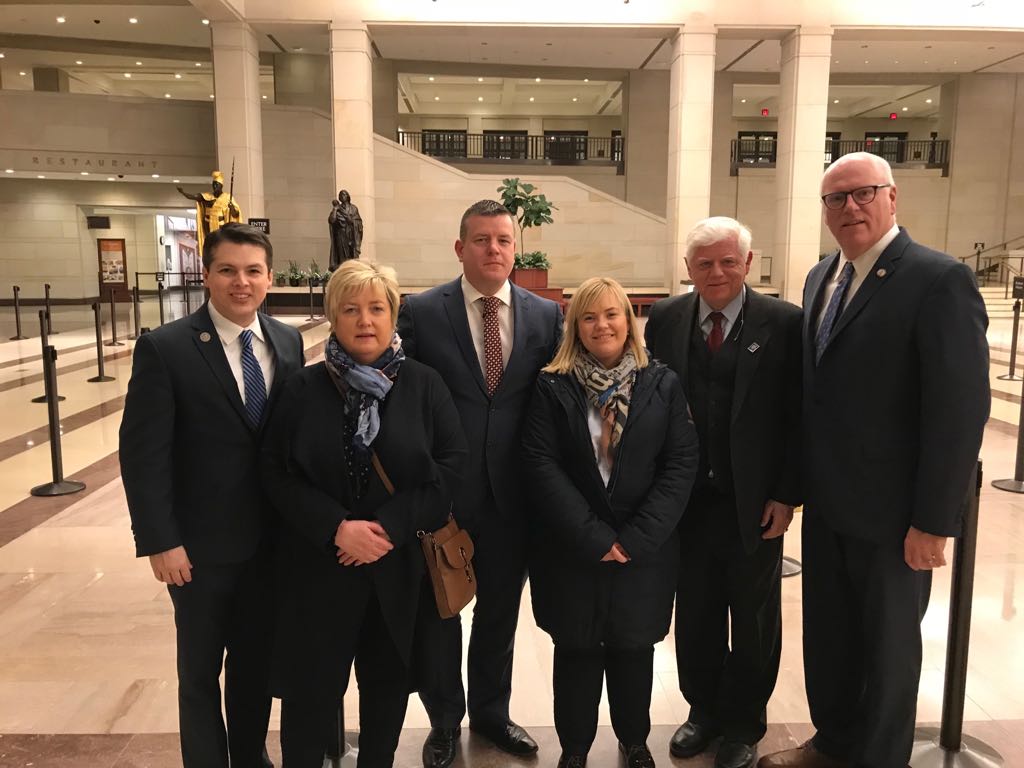 No Stone Unturned Screened at US Capitol Building.

US Congressman and Friends of Ireland Chairman Richard Neal (Massachusetts) hosted a historic screening of “No Stone Unturned” at the US Capitol on Monday 5th March.

Members of Congress (Brendan Boyle of Pennsylvania and John Larson of Connecticut) House and Senate staffers joined an exceptional attendance of many Irish Americans in the Capitol to view the documentary by Academy Award winning director Alex Gibney. The attendance included renowned lawyers, Ed Lynch, formerly of the Lawyers Alliance for Justice in Ireland and DC based Peter Kissel of the Irish American Unity Conference.

The film was introduced by Congressman Joe Crowley of Queens New York and was followed by a panel discussion chaired by Congressman Neal with Birney, Murphy, Clare Rogan and Irish Embassy Deputy Head of Mission, Mr. Michael Lonergan.

All panelists stressed the importance the full implementation of the Good Friday Agreement especially in regards to addressing legacy issues. 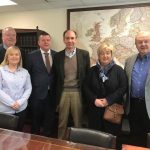 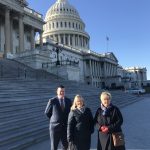 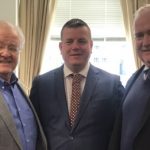 While in DC the contingent were joined by Irish National Caucus founder and chair Father Sean McManus, INC Vice President Barbara Flaherty and AOH national treasurer Sean Pender who coordinated several visits to the offices of many key members of the US Congress and Senate.

An in depth briefing was provided accounting for the Justice Vacuum which has contributed to the present political impasse. Updates were provided in respect of the failure to resource the Lord Chief Justice’s business case for funds to convene the extant 53 legacy Inquests, as well as the current situation pertaining to the attack on the statutory authority of the Police Ombudsman’s office. Emma Rogan MLA further advised on the failure by the British Government to establish the legal architecture already agreed at previous political agreements in Stormont House and Fresh Start, namely the establishment of a Historical Inquiries Unit and an Independent Commission for Information Recovery.

The delegation met with Mark Milosch, Chief ADVISOR of Congressman Chris Smith, US delegate to the United Nations General Assembly and co-chair of the The Commission on Security and Cooperation in Europe (CSCE), (also known as the U.S. Helsinki Commission)

Later in the day, meetings were also convened with the Senate Foreign Relations Committee.

The continued importance of US attention to matters in the north, was stressed in all meetings and news of the recent commitment of US President Trump to appoint a special envoy was welcomed.