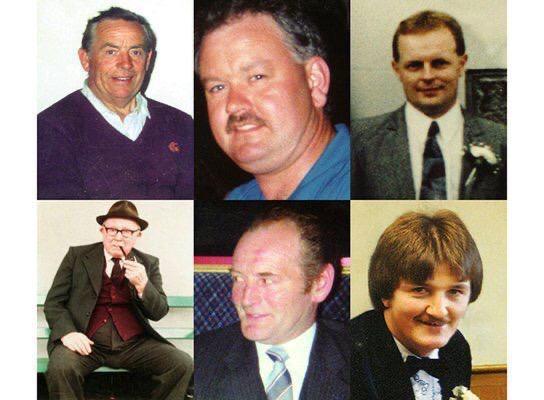 “I have spoken with the victims and survivors of the Loughinisland atrocity and they are comforted by today’s judgement. They are relieved that the Retired Police Officers Association objective of quashing the June 2016 Police Ombudsman’s report into their complaints of collusion, has been clearly rejected by the most senior court in this jurisdiction.

Today’s judgement leaves intact the conclusion that collusion was a feature in the Loughinisland murders and attempts by the RPOA to suppress that have failed. Dr Maguire’s report remains the official record.

They invite everyone to consider the judgement in detail, which rejects another RPOA ambition, that the Police Ombudsman should not have the power to issue public statements.

Importantly, this judgement is clear and unambiguous that public statements are within the statutory remit of the powers of the Police Ombudsman. The families are relieved that the many dozens of other families who await public statements into their complaints, can now look forward to swift publication of those reports.

The RPOA did succeed, by their legal action including this appeal, in cynically delaying the publication of a large number of other reports.

So, to that extent, the principle that ‘justice delayed is justice denied’ is applicable.

Other families affected by collusion between the police and loyalist paramilitaries can hopefully look forward to their reports being published in the very near future.

The power to make a public statement is validated and remains clear and the capacity for a Police Ombudsman to investigate and publish facts remains unambiguous.

On a wider thematic consideration, it is now time for legislators to review the founding legislation to clearly and unambiguously permit an ombudsman to make determinations as a result of their investigations.

The Police Ombudsman must be more than a mere investigative body and notwithstanding that our arguments that the intention of Parliament was clear that the Ombudsman should make such determinations, this power needs to be unambiguously clarified and reinforced.”