Statement on behalf of the family of Joe McCann

Statement on behalf of the family of Joe McCann 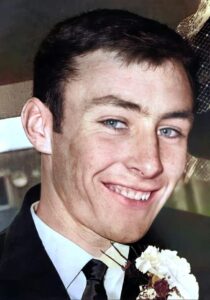 This ruling does not acquit the State of murder.

This ruling does not mean that Joe McCann was not murdered by the British Army.

This trial has heard very clear evidence that Joe McCann was murdered by the British Army.

He was shot in the back whilst unarmed, from a distance of 40 metres, posing no threat. It was easier to arrest him rather to murder him.

He was murdered because the British Army operated with impunity for their crimes.

An arrangement between the then Attorney General and the GOC ensured that no British soldier would ever be interviewed by the RUC for shooting incidents. Ever.

That they were not arrested by the HET, as has happened to many here, but were permitted to attend by arrangement at their solicitors office instead, has ironically since been relied on by them to exclude their interviews.

The Paras have truly benefitted from an exceptional arrangement, for their entire experience in Ireland.

The impunity which ensured the British Army could shoot to kill in the 1970’s was then further enshrined by the structural incapacity of the HET whose approach in 2010 to Soldiers A and C has now seen them evade justice.

The State at all times, over the last 49 years has protected its own interests to ensure British soldiers could kill with impunity.

The State has not discharged their obligations in accordance with international law, article 2 of ECHR.

Today is not the end of the McCann’s journey for justice.

They will now apply to the current Attorney General to open the inquest at which Soldiers A and C will be compelled to appear and give evidence and be cross examined.