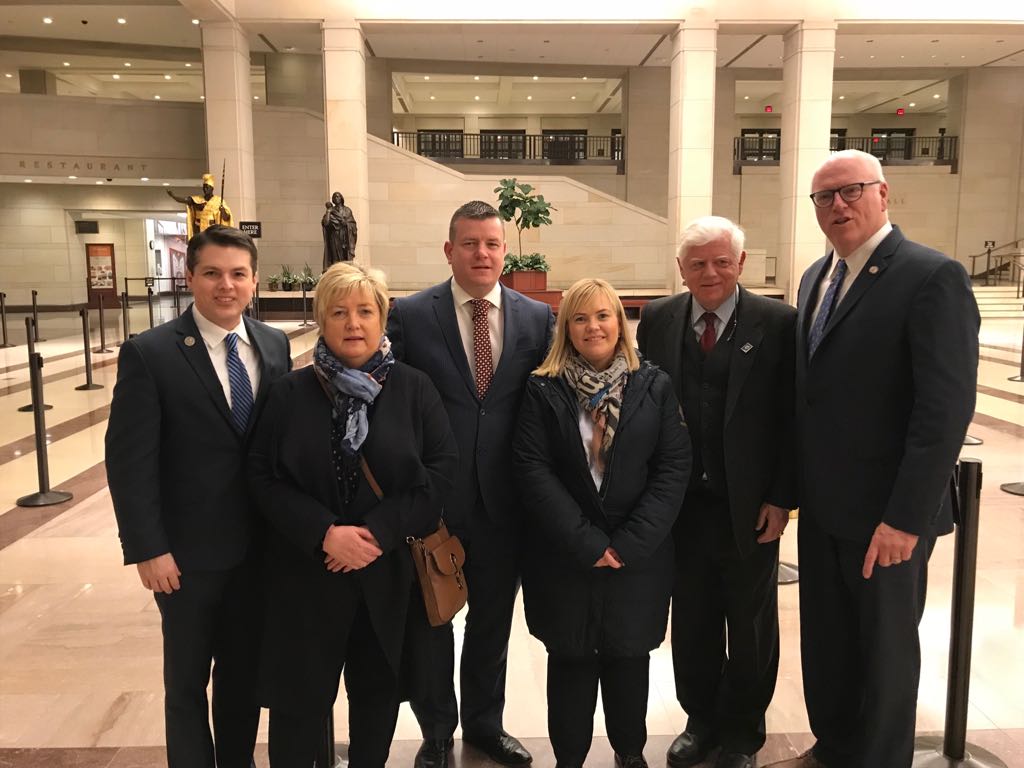 KRW Law notes with regret that Rep. Joseph Crowley (D, NY, 14th District) will not be returned to the House of Representatives in the next Congressional term following the loss of his seat to Democratic incumbent, Alexandria Ocasio-Cortez.

Joe Crowley has been a stalwart champion in Congress for a number of our clients in their long campaigns for justice, including Malachy McAllister and the Loughinisland families, who were hosted by Joe Crowley earlier this year.  As Co-Chair of the Ad-Hoc Committee on Irish affairs, Joe Crowley has provided a watchdog role for the full implementation of the Good Friday Agreement.  He has been an ardent supporter of Human Rights Defenders, and had called on a number of occasions for full, independent inquiries into the murders of Human Rights Lawyers, Rosemary Nelson and Pat Finucane.

Rep. Crowley was recently the guest speaker at the Brehon Law Society’s 40th Anniversary at which Boston University Law School student Jacqueline Tosto was awarded the General James P. Cullen internship at KRW Law.  We have no doubt that, in or out of office, Joe Crowley will continue to provide leadership to the Democratic party, and continue to fight for the rights of immigrants and Human Rights Defenders.