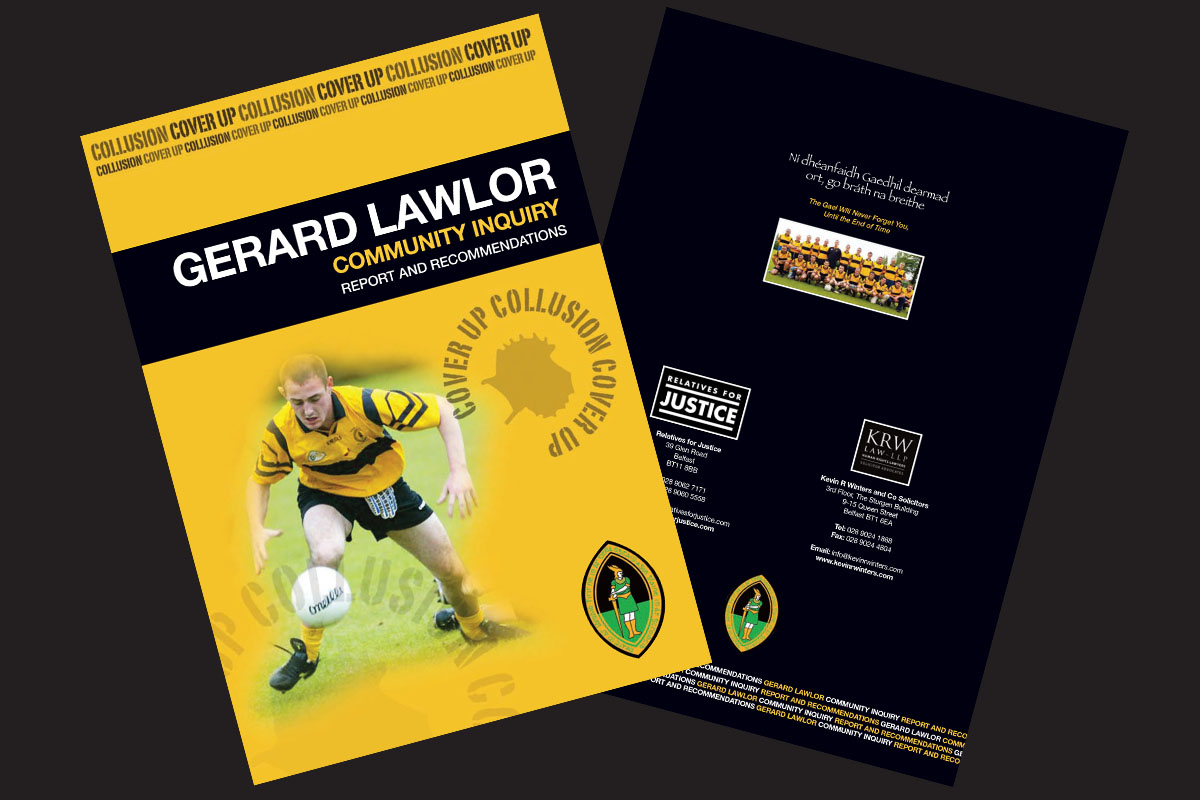 Just after midnight on 22nd July 2002, Gerard Lawlor was returning home down the Floral Road in Glengormley having left the Bellevue Arms on the Antrim Road. A motor scooter with two men on it pulled up and Gerard was shot three times. He died on the spot. The murder was claimed first by the Red Hand Defenders, and later by the UDA/UFF.

Gerard Lawlor was the last Catholic civilian to be shot dead as a result of the Northern Ireland conflict. His death was one of the first sectarian murders to be investigated by the PSNI, which assumed its powers the previous November.