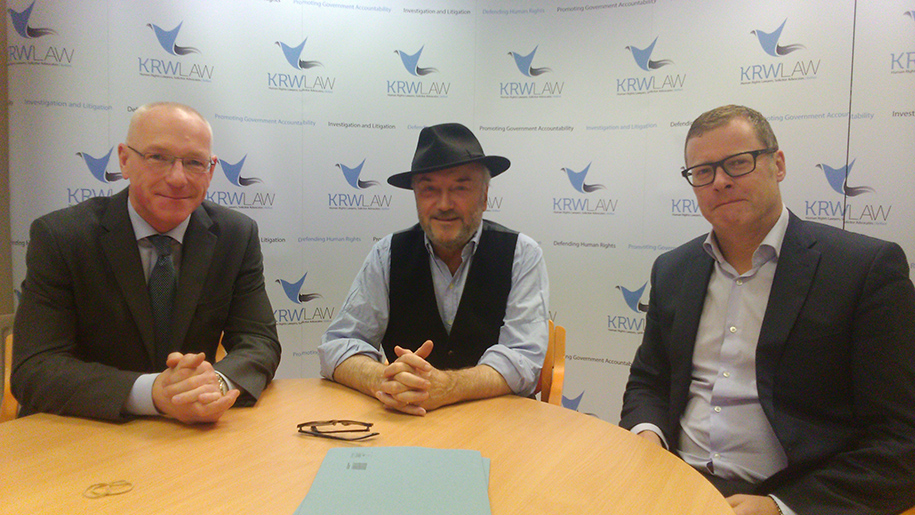 Today Kevin Winters confirmed his client’s instructions to issue proceedings against the News Corps over breach of privacy.  10 years ago, News of the World undercover journalist Mazoom Mahmood tried to entrap George Galloway into making derogatory and abusive comments on video.

Mahmood was later convicted for a series of offences connected with similar criminal activity on many other persons.

Mr Galloway joins a list of at least 20 other persons litigating against the parent company of the News of the World.

“George not only caught this person out, but he also went out of his way to warn as many people as possible of the dangers in engaging in any way with this individual.

We have written to News Corp asking them to supply us with a copy of the offending video.

It’s possible non availability or confirmation of its destruction will lead us into other potential litigation but we will reserve on our position until we hear back”.