Due Process and Accountability 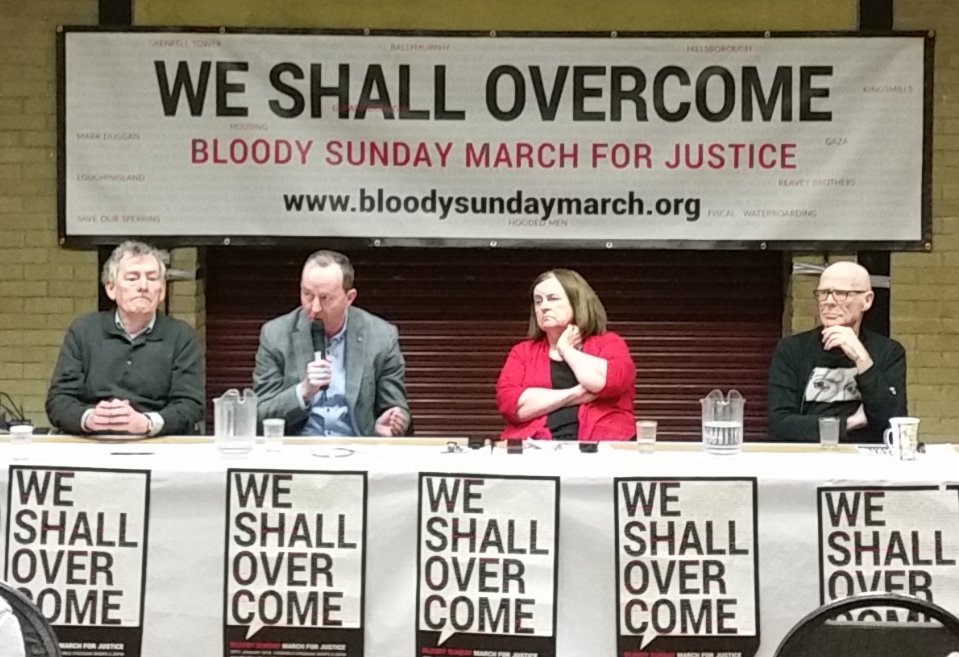 Due Process and Accountability

The theme of the event Peter addressed was Due Process and Accountability in the context of the Conflict in the North of Ireland.

Peter outlined the current impasse to Due Process and Accountability for the relatives of the victims and the survivors of human rights violations incurred during the Conflict.

He stressed the importance of Human Rights as a foundation of the peace in the North of Ireland and the blocks to truth – including National Security and Resources – being imposed by the British government to prevent the fulfilment of the obligations demanded by victims. These included the failure of the Package of Measures following The McKerr groups of judgment in Strasbourg which was meant to provide legal mechanisms for independent, effective, prompt investigations – with the effective participation of the relatives of the families of the victims.

He concluded his remarks by saying:

“50 years ago in Duke Street in the City of Derry, civil rights protesters were battened to the ground when they sought accountability and equality.

46 years ago 14 people were murdered when they sought due process against the internment without trial.

Today the British government is urged to introduce measures to secure due process in Legacy cases which seek to achieve accountability.

This requires the full and meaningful implementation of The Package of Measures secured by families of state murder including the McShane’s of Derry and the Kelly’s of Dungannon.”

Since the establishment of the Northern State there has been no Due Process or Accountability for victims of state violence, the rights to all victims cannot be bartered away in any political negotiations.