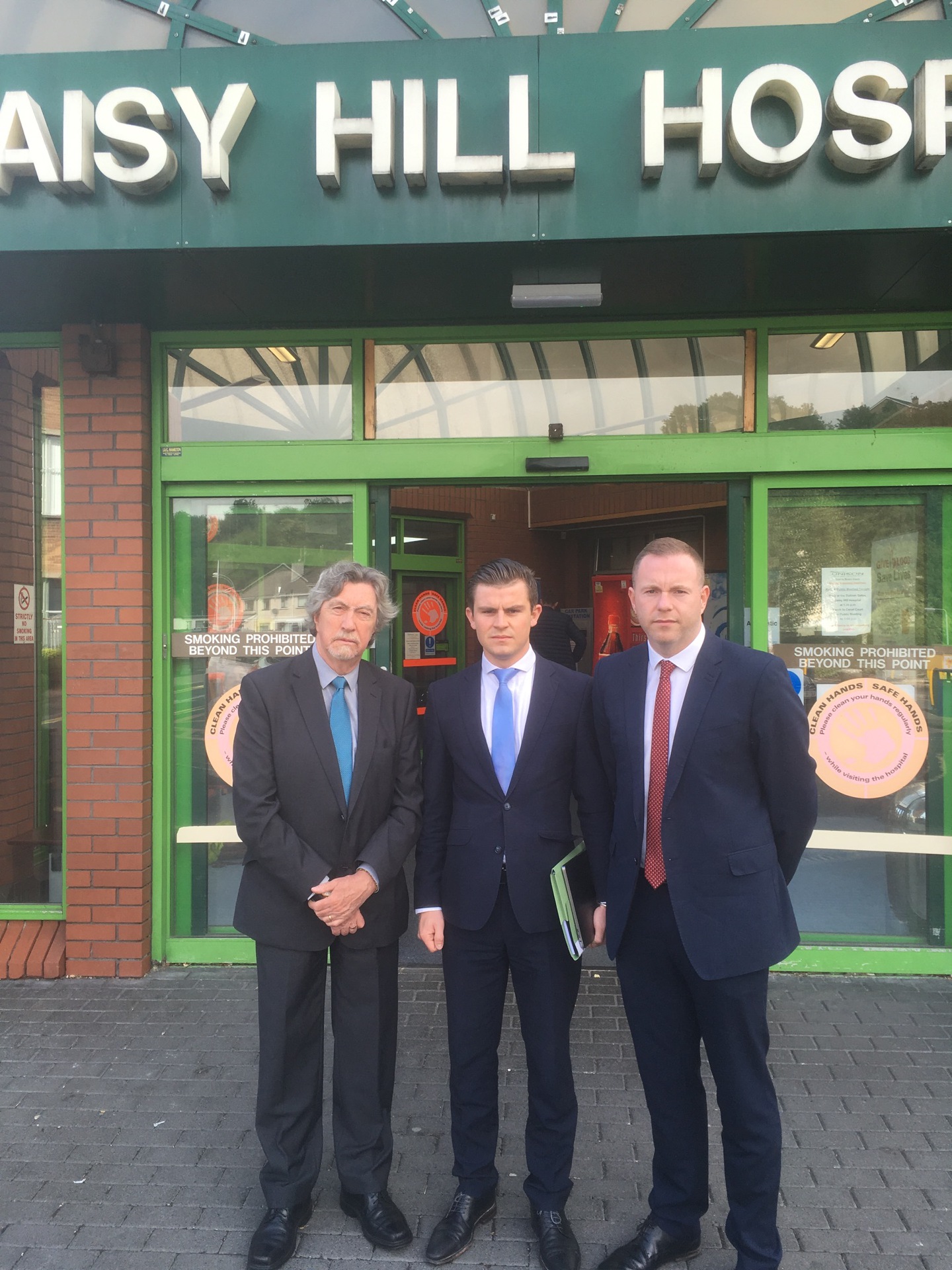 KRW LAW LLP has been instructed in the matter of the threatened closure of the crucial A and E Department at the Daisy Hill Hospital which services residents of Newry and Mourne.

On 30th March this year, the Southern Health and Social Care Trust issued a statement in which it warned of the on-going staffing difficulties for the A and E at Daisy Hill which could potentially lead to its closure.

The Trust confirmed that at a meeting on 13th April 2017 that contingency arrangements would be outlined in due course, and that  a  request  was  to  be  made  to  the  Board  to  approve  preparations  for  Craigavon  Area Hospital in the event that Daisy Hill would be temporarily closed. The statement reaffirmed the  fact  that  there  would  be  ‘no  permanent  changes  to  any  services  without  a  full  and comprehensive public consultation and engagement with the local communities’.

Last year, the Daisy Hill A and E Department treated more than 53,000 patients. It is accepted by the Trust that there remains a need for the acute services to be retained to accommodate the current demand, and to cater for the projected growth in the population of Newry and Mourne.

KRW LAW LLP has written to the Trust to confirm that in  line  with  their  previous  public  statements  and  their  statutory  obligations  pursuant  to Section 20 of the Health and Social Care (Reform) Act (Northern Ireland) 2009, a consultation will be commissioned in the event that a proposal (for change) is advanced for the temporary or permanent closure of the Daisy Hill A and E Department.

We have also sought confirmation that an Equality Impact Assessment has been conducted  by  the  Trust  as  per  their  statutory  obligations pursuant  to  Section  75  of  the Northern Ireland Act 1998 in relation to the current approach by the Trust to the provision of services to the Craigavon Area Hospital and that of Daisy Hill and that  the  Trust  confirm  that  they  have  assessed  the  impact  that closure (temporary or permanent) would have on the Craigavon area hospital.

There remains a necessity for acute services in Daisy Hill and there is a further concern that any closure to the Daisy Hill A and E Department would have a detrimental effect on the services provided by Craigavon insofar as it would be unable to manage the huge influx of additional patients to which it would be subject.  A failure to comply with the requests made by KRW LAW LLP may give cause for legal action through judicial review of the Trust’s failure in this important matter.