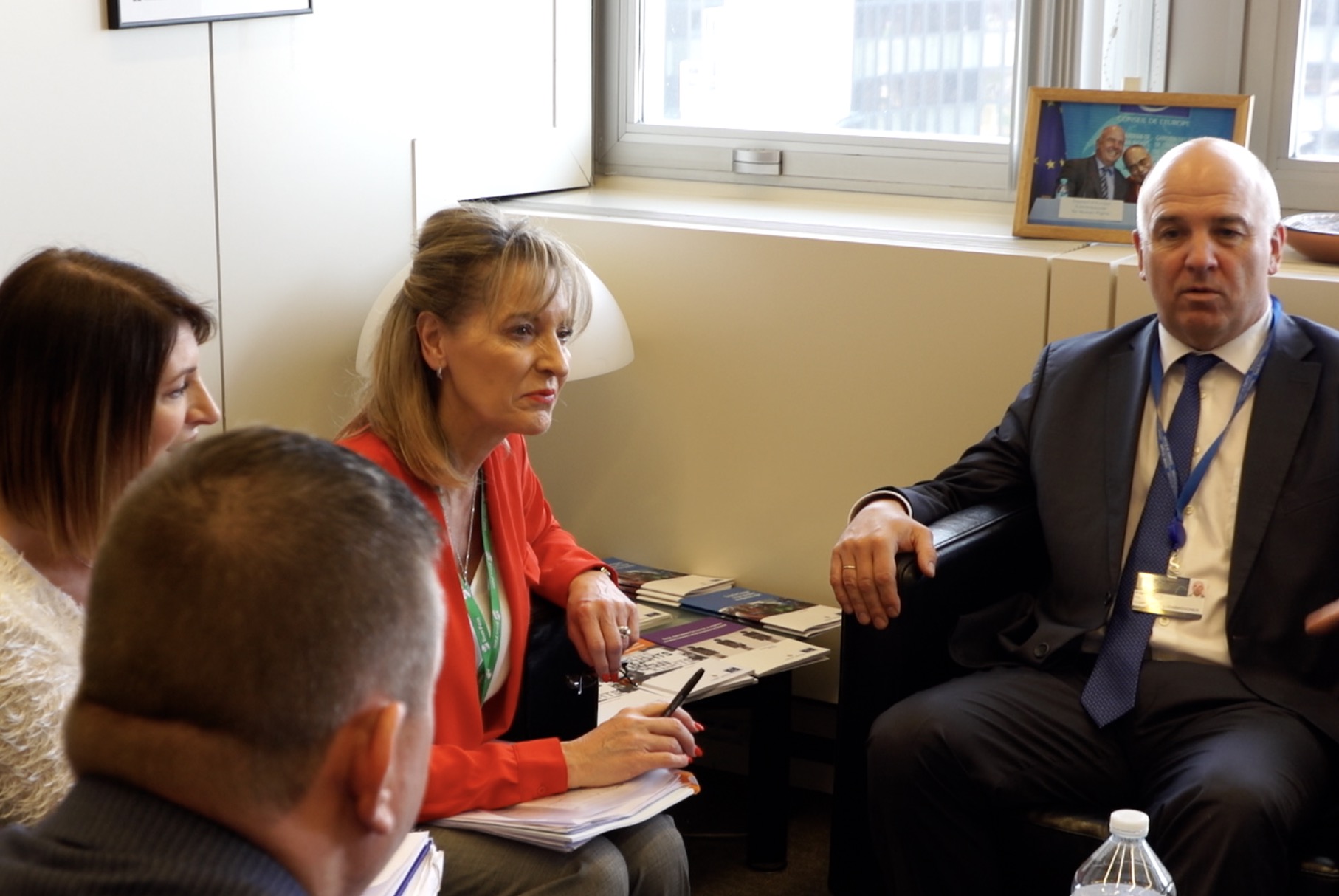 At the invitation of Martina Anderson MEP, Niall Murphy attended with the Council of Europe Commissioner for Human Rights Nils Muznieks, to update and inform him in relation to a deepening crisis which is being felt by victims and survivors who are presently being denied access to justice in respect of legacy issues.  Niall appraised Commissioner Muznieks, in respect of the failure by the State to implement the legal architecture which had been previously politically agreed at the Stormont House and Fresh Start Agreements. Niall further advised that in the absence of a Historical Investigations Unit, the inability of the Police Ombudsman to publish any further reports in accordance with his statutory duty under s62 of the Police Act 1998, and the failure to accede to the request by the Lord Chief Justice for funds to resource legacy inquests, that the State’s compliance with its internationally binding legal obligations under article 2 of the European Convention on Human Rights, was in tatters.