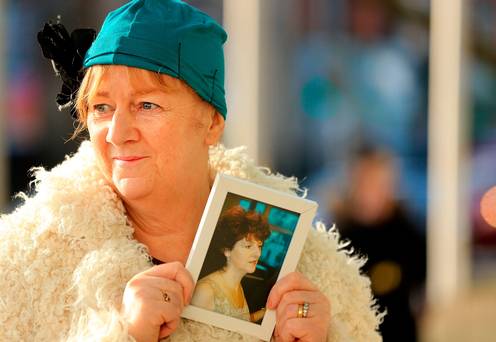 KRW LAW LLP is instructed to respond to the news that a second person will be brought before the courts today charged in connection with the murder of Irene White neé McBride.

This is another key development for the Next-of-Kin in their long campaign for justice for Irene White.

We have spoken with Anne Delcassian today and she and the wider family welcome this development to bring another perpetrator before the courts.

This has been a week of high emotions for the family, but a welcome one.

“Given that there remains wider sensitivities around the controversial circumstances of Irene’s brutal murder we would urge restraint in media speculation in naming those not before the courts.”

“It is vital that nothing is done to prejudice further arrests and prosecutions.”

“It is now our firm belief that all those responsible will be arrested, charged and brought before the courts.”

”I want to thank Gardaí for sticking with this murder inquiry when it seemed all hope was gone.”

“We are finally watching as all those responsible are arrested and brought before the courts.”

“We look forward to finally seeing justice for my sister Irene”